≪  Back to blog 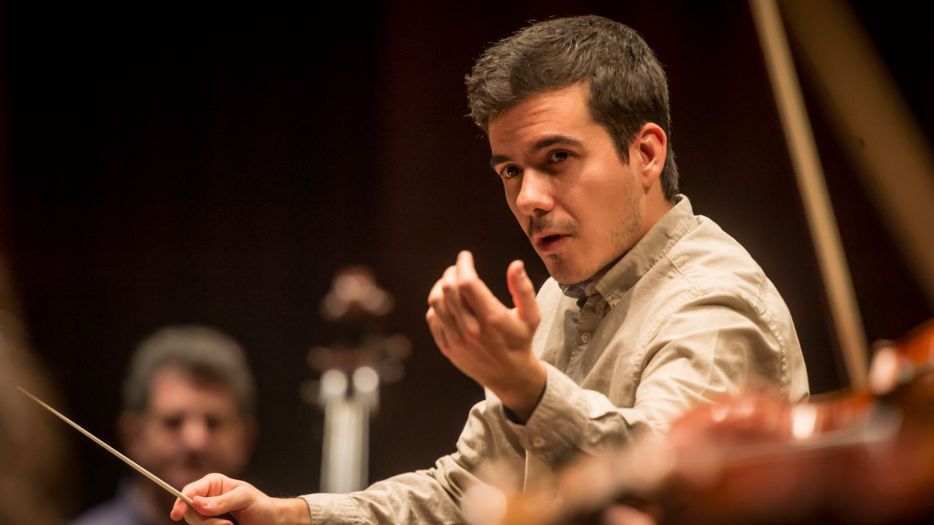 This Monday, following the celebration of the final round in which he competed against the German Felix Mildenberger, he was proclaimed the winner of this internationally prestigious event. Coelho triumphed from among the 301 candidates who applied to take part in the competition – out of whom a hundred were selected to participate directly in the auditions that began on 11 December.

The first prize consists of the opportunity, over three seasons, to conduct at least one concert with each of the thirty-nine collaborating orchestras from Spain and other countries in Europe, America and Asia. A prize “that is not a cheque” but rather something “absolutely invaluable”, in the words of Gianandrea Noseda, president of the jury, current principal conductor of the Cadaqués Orchestra and winner of the first prize in the 1994 competition. Furthermore, the award includes assessment during a year from Alfonso Aijón, long-standing music promoter and founder of the Ibermúsica cycle.

At the closure of the festival, Noseda commented on the high level of the competition. Annette Mangold, Nicholas Kenyon, Lutz Köhler, Jaime Martín and Jun-ichi Nihei were also members of the jury. In the final duel, the two candidates conducted the Cadaqués Orchestra and the soprano Sara Blanch. Held at the Auditori in Barcelona, among other works the public was able to enjoy a composition commissioned ad hoc for this year’s contest –Tramuntana, by Gabriel Erkoreka. Given that this was the premiere of the piece, the president of the jury highlighted the importance of observing the skill displayed by a young, modern conductor when it comes to coping with an unknown opera, which the conductor has not been able to listen to previously.

During the last two years he has served as assistant director of the Netherlands Philharmonic Orchestra, where he works with Marc Albrecht. He has had the opportunity to lead the orchestra in concerts at the Concertgebouw and around the Netherlands.

This season, Coelho returns with this orchestra to the Robeco Festival at the Concertgebouw and to the Nederlands Kamerorkest for a production of The Diary of Anne Frank by Grigori Frid. Meanwhile, in Portugal he will continue his work with the Gulbenkian and lead the Portuguese Symphony Orchestra again in a new ballet production with the Companhia Nacional de Bailado, among other engagements. Coelho is a fervent opera conductor and has led performances of La Traviata in Teplice and Cavalleria Rusticana in Pilsen, in the Czech Republic.

Coelho studied at the Zurich University of the Arts with Johannes Schlaefli. In 2015 he joined the Dirigentenforum programme organised by the Deutscher Musikrat (German Music Council) and received a grant from the Calouste Gulbenkian Foundation. Following his violin studies in Klagenfurt he obtained a master's degree in Brussels under the guidance of Yuzuko Horigome. He has played in various groups as a soloist. In summer 2016 and in 2017 he attended the Tanglewood Music Center as a conductor. There, he worked and performed with the Festival Orchestra and assisted guest conductors such as Andris Nelsons, Christoph von Dohnányi, Charles Dutoit, Thomas Adès and Stéphane Denève.

The Cadaqués Orchestra International Conducting Competition, which has recognized Coelho’s great artistic skill, is an essentially biennial event that has been rewarding the talent of young conductors since 1992. In addition to Noseda, winners of previous competitions include Vasily Petrenko (2004), Michal Nesterowicz (2008), Lorenzo Viotti (2013), Pablo González (2006) and Andrew Gourlay (2010).

THREE CANDIDATES OF THREE HUNDRED GO TO THE FOURTH ROUND