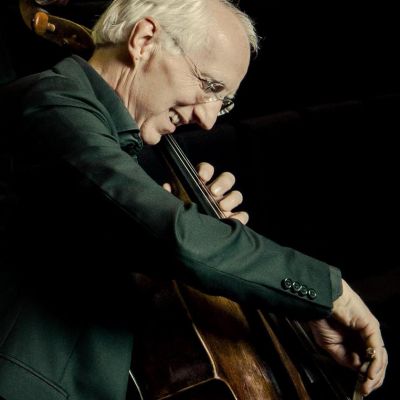 Sebastian Koloski was born in Bremen, Germany, studied cello at the Musikhochschule Freiburg with Christoph Henkel and graduated in the USA with Aldo Parisot. Returning to Europe he worked as a regular free-lance cellist with the Berlin Philharmonic Orchestra. Sebastian Koloski now lives in the Netherlands where he co-founded the Utrecht String Quartet. Beside his chamber music career he teaches chamber music at the Utrecht Conservatorium and enjoys free-lance work at the opera of Amsterdam, the Deutsche Kammerphilharmonie and the Orquestra de Cadaqués.

What does it mean for you to play with the Orquestra de Cadaqués?

Making music with very special friends grown together mutually for at least 25 years… and still alive!!

What are your memories of your first concert with the OdC?

Mediterranean summer live, parties on Cadaqués beaches and the top of chamber-orchestra repertoire such as Beethoven, Stravinsky, Bartók and Tchaikovsky.

Which is your best memory of playing with the OdC?

The magic of Gennady Rozhdestvensky’s conducting.

Do you have a favourite piece of music that you would really enjoy playing with an orchestra?

If you were not playing your instrument, what other instrument would you rather play?

Any other piece of music you have never played with the OdC that you would love to play?

Bach 'Mass in b minor' or Bartók's 'Music for strings, piano and percussion'.

Why do you think people should attend the OdC concerts at Palau de la Música Catalana?

I am afraid that the public will come for big names in the order of: conductor/soloist, composer and then hopefully the orchestra. Even Berlin Philharmonic needs these big names on there tours. So show of with these big names and composers and have perfect trendy photos and quotes from orchestra members!